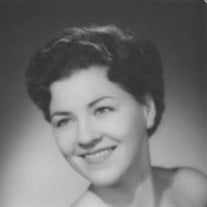 Donnamarie A. (Brahm) Butterweck, 76, of Lower Macungie Township passed away on July 24, 2014. She was born in Lancaster and raised in Allentown. Donnamarie was the daughter of the late Leon Brahm and Mary Gallagher Brahm. She was the married to her loving husband Donald P. Butterweck for 51 years. One of the joys of her life was traveling, including trips to Europe & Ireland, Central & South America, and the U.S. western states. She attended Allentown Central Catholic High School and St. Agnes Hospital School of Nursing, graduating in 1958 as a Registered Nurse. She was employed at Allentown Hospital as an Assistant Head Nurse and Head Nurse of the medical-surgical unit. She was the staff supervisor at Liberty Nursing Center where she supervised nursing care. Donna then worked as a staff nurse in several OBGYN private practices. After retiring, she worked at Cathedral Care, the after school program at St. John Vianney Regional School. Survivors: She is survived by her spouse Donald Butterweck of Lower Macungie Township; her daughter Lisa wife of Willard Jones and their sons Gavin, Brandon and Kyle Jones of Lower Saucon; her daughter Laura wife of Charles O’Donnell Jr and their daughters Morgan, Madison and Mackenzie O’Donnell of Whitehall; and her daughter Linda wife of Jonathan Zeller and their daughters Vivian, Finley and Sloan Zeller of Coopersburg; and her sister Sally wife of William Deutsch of Egg Harbor, NJ. Her brother, Leon J. Brahm, predeceases her. Services: Mass of Christian Burial 10:30 a.m. Tuesday, August 5th in the Cathedral Church of St. Catharine of Siena, 18th & Turner Sts., Allentown is preceded by a visitation from 8:45 to 10:15 a.m. in Robert C. Weir Funeral Home, 18th & Turner Sts., Allentown. Interment follows Mass in Resurrection Cemetery, Allentown PA. Contributions: In lieu of flowers, please consider a donation to Lehigh Valley Hospice, 2166 S. 12th St., Allentown, PA 18103. Reference “in memory of Donna Butterweck”.

Donnamarie A. (Brahm) Butterweck, 76, of Lower Macungie Township passed away on July 24, 2014. She was born in Lancaster and raised in Allentown. Donnamarie was the daughter of the late Leon Brahm and Mary Gallagher Brahm. She was the married... View Obituary & Service Information

The family of Donnamarie A Butterweck created this Life Tributes page to make it easy to share your memories.

Send flowers to the Butterweck family.