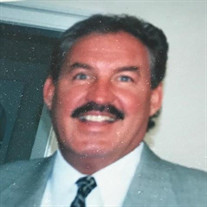 In celebration, we honor John R. Wursta III, aka Butchie Boy, the Big Dog, really Spartacus, who passed peacefully into God’s arms on May 2, 2020 at the age of 72. Born in Allentown, he was the son of the late John “Blackie” Wursta and Helen (Mehales) Wursta, predeceased by brother, George, and sister, Jan, he was the third of seven children. Besides his four other siblings, Ruth (Conti), David, Jay, and Jonellen, he is survived by his wife of more than 25 years, Melanie A. (Follweiler) Wursta. He was a very educated man, attending five colleges and earning various degrees, but his greatest accomplishments came from what he taught himself … studying three languages, he traveled extensively, was constantly reading, and wore many hats, figuratively and literally. John was proud of his accomplishments, lived with no regrets, and firmly believed that for every problem there is an opportunity. After over 15 years in banking, from Branch Manager to Administrative Vice President at Merchants Bank, he decided to start his own business so he could become “the boss”. With the help of a very dear friend, and an endless network of friends, his ECCA boys (Executives Concerned about Community Affairs), he became successful once again. As the boss of his own company, he used his knowledge and worked diligently yet boasted about how he could call off work anytime he wanted. His lifelong friend and business partner was always by his side until he officially retired. This new phase of his life brought his daily routine home to “the hill” where he resided overlooking the valley in wonderment saying, “look where I’m at … this is heaven”. Despite all his accomplishments, he was a very generous man, grateful to his father in so many ways and all the people who had deeply influenced his life. He was also quick to acknowledge others’ accomplishments as well by sending newspaper clippings, personal notes, and offering professional courtesies. Of the many people that he was proud of, his angel on earth was truly his wife, Melanie … he bragged about her and supported her passion for children’s education … he will always be remembered as her “Johnny angel”. Smiling together with open arms, they consistently welcomed family and friends to share their little piece of heaven on top of the hill … John’s spirit and legacy will forever remain. When the sun sets over the wall we can almost hear him saying, “look at me, I’m in heaven”! A celebration of this amazing man’s life will be held at a later date. Please consider donations to one of his favorite charities…. the Allentown Rescue Mission, 355 Hamilton St., Allentown, Pa. 18101 or LCCC Foundation c/o The Caring Hearts for Children Fund, Lehigh Carbon Community College, 4525 Education Park Drive, Schnecksville, Pa. 18078.

The family of John "Butchie" Robert Wursta III created this Life Tributes page to make it easy to share your memories.