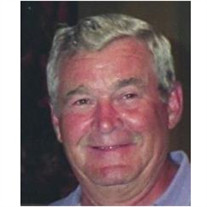 Julius T. Mittl, 84, of Allentown, died November 16, 2014 in St. Luke's Hospital Allentown. The son of the late Joseph and Mary (Rosner) Mittl. He was married to JoAnne (Smith) for 62 years on April 16th. He was a life-long member of Cathedral Church of St. Catharine of Siena and a graduate of Allentown Central Catholic High School. Known as Jules or Julie, he was a Millwright for the former Western Electric until he retired in 1988 after many years of service. He enjoyed bartending evenings at the Ale House where he was well known for listening and joking with everyone. He was proud of his military service during the Korean War in the Army where he received 2 Bronze stars. Jules was an athlete, playing on many softball teams and bowling leagues over the years. He enjoyed his time golfing and achieved 2 hole in ones. He also enjoyed the casinos. Jules favorite pastime was spending time with his family and friends. Once someone met him, he was a friend for life. In his most recent years, Jules enjoyed attending his grandchildren’s sports and musical activities. Survivors: in addition to his wife; daughter: Lisa (Kurt) Kanaskie of Kempton; and four sons: Joseph (Diane) of Casco, Maine; Guy (Cheryl) of Bath; Scott (Jill) of New Tripoli; and Jules J (Marsha) of Bath. Grandchildren: Trevor, Christian and Kian Kanaskie of Kempton; Hana, Emily, & Julius Mittl of New Tripoli; and Vai Mittl of Bath. Additionally, Jules is survived by sister, Elsie Schmoyer of Allentown; brother, Ralph, husband of Georgian of Bethlehem; and numerous nieces and nephews. In addition to his parents, he was predeceased by brothers, Joseph, John, Stephen, Alfred, William and sister, Mildred Fetherolf. Donations: In Julius’s name for Autism- ARCH of Lehigh Valley, 1347 Hausman Rd, Allentown, PA 18104 or Cathedral Church or the charity of your choice. Services: A Mass of Christian Burial will be held Saturday, November 22nd at 12:00 pm at Cathedral Church of St. Catharine of Siena, 18th & Turner Sts., Allentown. Call: Saturday from 10:00-11:45 AM at Cathedral Church of St. Catharine of Siena Interment: Resurrection Cemetery, 547 Krocks Rd Allentown PA 18106.

Julius T. Mittl, 84, of Allentown, died November 16, 2014 in St. Luke's Hospital Allentown. The son of the late Joseph and Mary (Rosner) Mittl. He was married to JoAnne (Smith) for 62 years on April 16th. He was a life-long member of Cathedral... View Obituary & Service Information

The family of Mr. Julius T Mittl created this Life Tributes page to make it easy to share your memories.

Send flowers to the Mittl family.