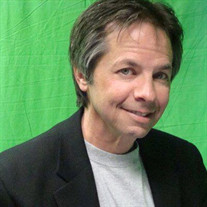 Robert “Bob” Henry Margolis, 65, of Macungie, PA, passed away Wednesday, September 21, 2016 surrounded by his family in Lehigh Valley Cedar Crest Hospice. Bob was born September 2nd, 1951 in Allentown, PA to Joseph Louis and Shirley (Jacoby) Margolis. He fought a battle with cancer for 10 years, having both Non-Hodgkins Lymphoma and Head & Neck cancer. Bob was married to Becky Overcash. His youngest, Alana Margolis, is currently enrolled at University of Colorado at Denver, pursuing her dream of being a singer/songwriter, following in Bob’s footsteps. Bob was a musician for over 50 years, working as a producer and record executive at RCA and Geffen Records with bands like Aerosmith, Guns N Roses, and Whitesnake. Bob also worked in the motor sports industry, starting as a sports journalist and continuing as a media consultant. Bob flourished in every job he had, and had copious amounts of friends in each field of business. Bob’s passions were his children, music, motor sports and cooking. If you were to look up the definition of a Renaissance Man, you would see a picture of Bob and all of his accomplishments in life. Survivors: Include brother Donald Margolis of Orefield, PA, wife Becky Overcash, his children Brian Margolis of Gainesville, FL, Janelle Margolis of Allentown, PA, Natasha Margolis of Macungie, PA and Alana Margolis of Denver, CO; his granddaughter Brianna Margolis of Gainesville, FL and great-grandson Legend Mathes. His two labs, Maggie and Lola, will miss him as well. He is predeceased by both of his parents, his older sister Sandi Lynn and younger sister Jayne Margolis. Services: A Celebration of Life ceremony will be announced at a later date. Arrangements by Robert C. Weir Funeral Home. WeirFuneral.com In lieu of flowers, donations are appreciated because Bob’s biggest desire was for Alana to attend college and achieve her dreams. Donations can be made to: https://www.gofundme.com/2qppza5s. CELEBRATION OF LIFE SATURDAY JAN 7, 1 TO 5 PM. Macungie Institute 510 E Main St (Route 100) Macungie 18062

The family of Robert H Margolis created this Life Tributes page to make it easy to share your memories.

Send flowers to the Margolis family.