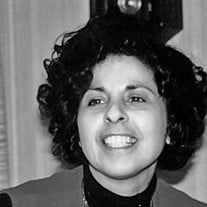 Teresa Ann Hedrick, of Allentown, was born on February 9th, 1930 to Italian immigrants, John and Catherine (Katona) Paulmeno. Growing up in the coal regions during the Depression as one of ten children, she developed thick skin, resourcefulness, and a strong work ethic she carried throughout her entire life. Teresa, known as “Terry” by her friends, was the epitome of hard work. She raised four children on her own while also working full time. She was employed at Hess's Department Store for more than 20 years and could often be found in the handbag department. Later, she worked at Leh's Department Store, Grammy’s Washbasket, and served as a lunch lady for the Allentown School District (where she was renowned amongst students for giving generous portions of dessert). With a sweet tooth herself, Terry spent hours in the kitchen whipping up desserts for those she loved. She made everything from delectable apple, blueberry, and lemon meringue pies to nut rolls to zucchini bread. But her signature was her famous banana cupcakes, which she made on a near daily basis for over 20 years and gave out generously to those she loved. When she wasn’t in the kitchen, Terry could be found gardening, writing letters (she never forgot a birthday!), or spending time with her grandchildren, whom she loved with all of her heart. Terry went home on April 26th, 2021; she was surrounded by the loving staff of Lehigh Valley Hospital Hospice and her dear friend and caregiver, Lisa Williams. From the outside, Teresa Ann Hedrick’s life appears simple, but those who knew her will attest that it was anything but: she came into the world during the Depression and left it during a global pandemic, and her life in between could not be called easy. Despite this, her spirit and spunk never wavered. Those who were fortunate enough to know Terry knew that she spoke her mind, put others before herself, and did all she could to take care of others. She was a strong, beautiful, and generous woman who will be sorely missed by her friends, family, and all who knew her. SURVIVORS: Two daughters: Kim Hedrick of Grand Prairie, TX and Kathie Book of Greenville, NC, and two sons: Michael Hedrick and Eric Hedrick of Allentown, PA Sister: Mary Corazza of Allentown, PA and two brothers: Stephen James Paulmeno, Sr. of Marlton, NJ and John F Paulmeno of Middlesex, NJ, Grandchildren: Mollie Book, Samuel Book, Lauren Book. She was predeceased by her siblings, Anthony Joseph Paulmeno, Paul T Paulmeno, Frances Katherine Rybarczyk, Pauline J Hoilko, Eugene James Paulmeno, and Joseph Thomas Paulmeno. A MEMORIAL SERVICE to be announced at a later time on this website.. Please remember Teresa with a contribution to Lehigh Valley Hospice, and flowers to your loved ones.

Teresa Ann Hedrick, of Allentown, was born on February 9th, 1930 to Italian immigrants, John and Catherine (Katona) Paulmeno. Growing up in the coal regions during the Depression as one of ten children, she developed thick skin, resourcefulness,... View Obituary & Service Information

The family of Teresa Ann Hedrick created this Life Tributes page to make it easy to share your memories.

Send flowers to the Hedrick family.