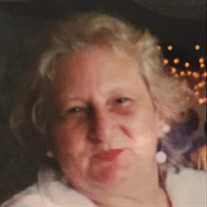 Zee, age 89, March 12, 1932 – March 23, 2021 was predeceased by her parents, father, David Schwartz, mother, Celia Goldman and brother, Bernard Schwartz. A New York City native moved to Allentown in 1972 and made it her home. She loved living in center city until she had to enter a nursing home. She won numerous awards and recognition from NYC Mayor, John Lindsay, for her leadership and public service in helping to preserve, beautify and protect, New York City’s Park’s and neighborhoods for the benefit of the community. Zee also owned a flower shop in the Bronx for many years. Upon moving to Allentown, she worked for Hess’s, Zollinger’s, and as a floral designer. In her later years, she enjoyed organizing single dances with D.J. Bobby Koch. She loved flowers, dancing and spending time with friends, and selling and buying at flea-markets. SURVIVORS: her daughter, Tina Weiss-Haas and husband, Joe; son, Howard Feinberg and wife, Ana; three grandchildren: David, Chrissy and Kate; and seven great-grandchildren: Aiden, Alyssa, Cody, David, Timothy, Victoria and Zachariah.

The family of Zelma "Zee" Weikel created this Life Tributes page to make it easy to share your memories.

Send flowers to the Weikel family.